I had a moment of bliss watching The Who perform last night at the Super Bowl halftime. I have loved The Who since junior high and remained an obsessive fan through high school, college and some years beyond – the type that had all their albums plus bootlegs (yes, this dates me), camped out for tickets and knew all kinds of arcane facts about them.

Last night I was just a normal fan grinning ear to ear (and got a bit misty-eyed, I admit) as they played. I didn’t expect a dynamo performance, after all Roger and Pete are well into their 60s, the only survivors of the original four, and can’t quite sing and move like they used to. But, in my opinion, they can still rock — Pete doing his windmill chords and Roger singing with passion. After the bliss and a bit of friendly sparring on Twitter about old rockers, I saw a retweet of this tweet from the National Association of the Deaf:

The phrase in question is from Pinball Wizard, a song from The Who’s 1969 rock opera Tommy. Tommy became blind, deaf and mute shortly after World War 2 and most of the opera took place in the twenty or so years that followed. We will all have different opinions on whether the phrase is offensive or not, whether the context matters or not and, based on that, whether the NAD overreacted or not. I want to concentrate on how the association reacted and what we can learn from that. 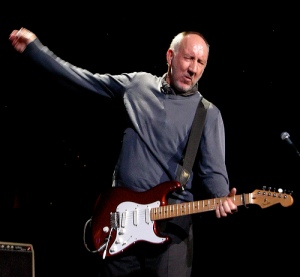 Their tweet got a response – about 37 people so far have retweeted or responded to it, most of them with disparaging remarks. NAD is not a complete social media rookie. They created their Twitter account last June and have 1064 followers. They also have an active Facebook page and a blog (no recent updates). Their web site has recent updates about their work with the NFL and CBS “to make advertisers who purchase Super Bowl commercials aware of the importance of captioning their content.” They do important work and are good at it.

This morning I found myself thinking again about their Twitter reaction and some issues it brings up. First, unfortunately, there’s the dreaded control issue. Did the staffer who tweeted have to seek approval before saying “the NAD will take action?” Were they authorized to say that? And if so, how did they manage to get approval so quickly? Or were they just reacting? Does NAD have guidelines for social media use? Do NAD members agree with this reaction? Only three tweets out of the 36 appear to support the NAD position. The members were not there defending them. Could this happen to your association?

And what’s the best response now? They could ignore the whole situation. 36 tweets is by no means a public outcry, although there is the possibility that someone with a much larger following than me could be writing about it right now and bring more attention to it. But more likely it’s only the prickly Who fans who care.

NAD could reply by explaining their reaction and giving us context as to why that reaction makes sense for their community. Perhaps discussing the history of their advocacy, the struggles and victories, and the need to pay attention to how we describe others. Turn it into a lesson for us. That’s hard to do in 140 characters but they could link their replies to a blog post. But 20 hours later, that hasn’t happened.

Let’s assume for a moment and for argument’s sake that this tweet was a mistake. What can we learn from this? We all make mistakes. Twitter is a fairly new evolving communication platform often blending our personal and professional lives – things can get sticky. I reacted as a Who fan, not as an association professional. Perhaps I should have ignored the RT and given them a pass, considering they’re an association and have enough battles to fight. But I couldn’t help but react – it seemed so ridiculous and wasteful to pick a battle with a 41 year old lyric. I can’t stand how litigious our society has become. I understand that sometimes legal action is appropriate, but this seemed over the top to me. 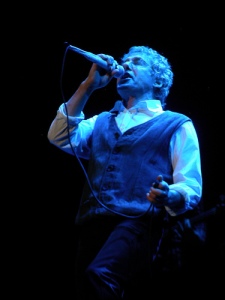 Mistakes will happen. What’s critical is how we follow up and whether we learn from our mistakes. Twitter is a public platform that’s indexed by Google, so there are more eyeballs than you might imagine who can see how you handle a situation. A mistake is an opportunity to do many different things, depending on the situation — make apologies and amends, explain a complicated or controversial issue, make friends or not. How we handle public mistakes will influence the perception that our members and the public have of us. Mistakes also help us learn how to improve our social media practices so we don’t make the same ones again.

Part of what draws us to social networking is the opportunity to learn from each other. Here’s an opportunity to imagine what you would do in their place – what if the tweet got more publicity, how you would handle the situation? How would you have prevented it? Has your association ever made what others thought was a public gaffe, and if so, how did you handle it? What did you learn?

UPDATE February 26, 2009: Thanks to Jessica Sidman at Association & Non-Profit Bisnow newsletter for doing some follow-up reporting for me. She told me about a February 25 blog post (and forthcoming video response) by NAD’s president where she explains their reasons for the Twitter reaction. They definitely did their research on the lyrics and Tommy story. The post is a good explanation with a call to action for their members to remain vigilant and educate others about how the appropriate use of the word “deaf.”

Kudos to them for the well reasoned and written response. How could they have done better? If they had posted their response earlier, it might have captured some Super Bowl momentum, and perhaps some press too. But associations are creaky institutions. We have procedures to follow, reviews and approvals, and maybe even a vote before we can take action. Our governance and departmental processes often prevent us from moving nimbly enough for the social media space.

Deirdre is a freelance writer for companies serving the association market, who after more than 20 years in the association and restaurant industries, is enjoying the good life as a ghostblogger and content marketing writer. Away from her laptop, you can find her walking in the woods, doing yoga, going to shows, journaling, cooking, or relaxing in a comfy chair with a good book and a glass of something tasty in hand. View all posts by deirdrereid

8 thoughts on “I Wasn’t Expecting That Reaction”

Where To Find Me